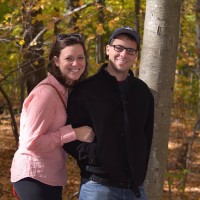 I began the working as a madricha at Ramah Nyack in the summer of 2005, in the Nevonim edah (rising fifth graders). I loved that the goal at camp was to educate our chanichim almost without them noticing that they were learning anything at all. We tried to infuse Judaism and ahavat Yisrael into everything we did, and success was measured not in report cards and grades, but in high fives and smiles.

The magic of camp doesn’t only exist for the campers, though. For the staff at Nyack, it continues late on into the night, as we would spend evenings sitting around with a guitar, learning some interesting Jewish text, and hanging out with our shlichim. As my summers went on, I was closing in on my decision to make Aliyah, and did so upon graduating from college in 2010. Though camp was not the only factor in my life that pushed me towards this move, it was certainly a key player in my choice to live in Jerusalem.

In fact, when it came time to move into my own apartment for the first time, I lived with a fellow shaliach. It worked out great – first of all, it was fun living with a real, live, Israeli friend, but he also helped make my transition so much smoother by inviting me to Shabbat meals with his family, helping me have complicated conversations with bureaucrats in Hebrew, and explaining cultural nuances to me that I was still picking up on. Without him and my other Israeli friends from camp, I would have had a much harder time navigating the exciting, but oftentimes scary, transition to living in a new country like Israel.

Working for the Nativ College Leadership Program in Israel, I am still connected to camp, though I no longer work there. Every year anywhere between a third and half of the group are Ramahniks, and that means that there are always people with whom I can talk “camp talk.” In fact, for the first time this year, I have Nativers who were campers in my first bunk in Nevonim, and it provides me with a new sense of satisfaction, since they remember that fun summer together. I like to believe that the Judaism and ahavat Yisrael that we tried to integrate into their lives at camp helped lead them to Nativ, and likewise to many other points along their Jewish journeys.

On Nativ, I try to apply the same basic educational goals to my Nativers as I did with my campers. The best I can hope for is that in 5, 10, 20 years, one of them will send me a note reminding me of our time together and some lesson they picked up, when they were having so much fun that they didn’t even notice that they were learning something new along the way.