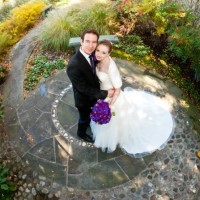 PJ and Avi first met on Ramah Seminar in the summer of 2003. Avi had been a lifelong camper at Ramah California while PJ had grown up at Ramah Berkshires. They were friendly but it was not until they were both at Washington University in St. Louis that they became close friends and started dating.

While on a after college program in Israel, PJ proposed to Avi on the tayelet in Jerusalem. After the proposal they met friends and family for a celebration at Cafit on Emek Refaim. They were married on November 6, 2011 at B’nai Israel in Rockville, Maryland.