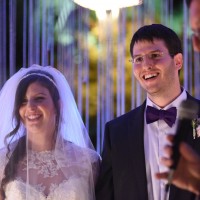 It was love at first sight, although Raz doesn’t remember our first encounter. Mine and Raz’s friend Lindsey, a fellow Ramahnik, had told me about this great guy who I had to meet because she thought we would make a great couple.

Raz and I met at the staff pool party during the first week of camp. After that I invited Raz, as well as many other mishlachat members, to my house for July 4th weekend. During the weekend we bonded and became a couple. Since that weekend my life has been amazing. 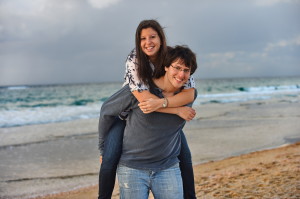 We kept going strong through two long years of a long distance relationship, me being in New York and Raz in Israel. We met up and traveled for 2 months in South America and saw each other several times during those years, including every summer at Ramah Nyack!

I decided to make Aliyah after I graduated college, and that’s exactly what happened! We are now in Israel together, and so happy.