Three Generations of an Israeli Family at Camp Ramah

Recently, my eldest son Omer, who lives in New York, called me. He told me with excitement that he had registered his daughter Ariel, my eldest grandchild, for Ramah Day Camp in Nyack for the coming summer. After I put the phone down, my mind drifted back to the summer of ’81, when I had one of the most moving and formative experiences of my life.

The summer of ’81 was the first time I ever went abroad. I was with my wife and my son Omer, who was then just two and a half years old. We had been sent by the Jewish Agency to be shlichim at Camp Ramah in Wisconsin.

My wife Rachel grew up in Ashkelon. Her father, Nathan Zweig, was a chazzan in the Conservative community there. Rabbi Phil Spector was the head Rabbi in Ashkelon at the time (he also officiated at our wedding). In 1969, when Rachel was 16, Rabbi Spector recommended that her parents send her to Scarsdale, New York, to live for a short period with a Jewish family there. The family Rachel lived with was from the Conservative community, and while she was there, she went to Scarsdale High School and participated in USY on Wheels.

I met Rachel a few years later back in Israel. She had finished her army service and her studies to be a teacher. We married and had two sons, Omer and Itai.

I had never heard of the Conservative movement until Rachel told me about her childhood in Ashkelon. At Camp Ramah in Wisconsin, I came face to face with the movement and its philosophy and way of life, which was entirely different from anything I had known.

We were part of a mishlachat of 15 Israelis, and we—in our early 30’s—were the oldest amid the Israeli shlichim. Rachel taught Hebrew and I taught photography. The youngest Israeli was our son Omer, with whom everybody wanted to play. Omer spoke only Hebrew, so anybody who sought his attention had to speak Hebrew. But by the time we left the camp, little Omer had learned to speak English!

I loved the camp. It was located in a beautiful spot in the middle of the forest, bordering on a big lake. There were cabins with red roofs surrounded by trees and expanses of grass where the children played and the camp activities took place. The public buildings included a dining room (chadar ochel), a synagogue, a cultural center, an art workshop, and a stage on the shores of the lake.

I loved the synagogue best of all. Not the building. I loved the atmosphere of the services. I found it exciting because it was all new to me. My parents came to Israel from Yemen. Yemenite Judaism is Orthodox and extremely traditional, and only allows men to pray aloud in public. Few women came to the synagogue, and those who did had to sit in the ezrat nashim (women’s section) and only listen.

There I was thousands of miles away from Israel, sitting in a synagogue next to my wife and opening the siddur and praying together with her! I was captivated by the happy, pleasant family atmosphere.

I recalled sitting in the synagogue with my father as a child, holding the Siddur and trying to follow the rabbi and to understand his heavy Yemenite accent and tune. This is why my experience at the Camp Ramah synagogue was so moving for me.

Kabbalat Shabbat was another powerful experience, unlike any I had ever had. It took place on the stage by the lake. The children and staff, dressed in their festive white clothes and wishing one another Shabbat Shalom, looked like angels to me. The prayers were beautiful and filled with melody. Every Friday, a different edah led the prayers and the cultural program after the services. Camp Director Rabbi David Soloff, always delivered a drash in which he made the connection between current events and parashat hashavua. After the prayers, there was a festive Shabbat dinner in the dining room.

I shared all my emotions in my weekly letters to my beloved father. He was happy to hear about this new experience and my enthusiasm for it.

Before coming to Camp Ramah, I had never worn a kippah other than in synagogue. When we left camp, I found myself unable to take it off for several days. 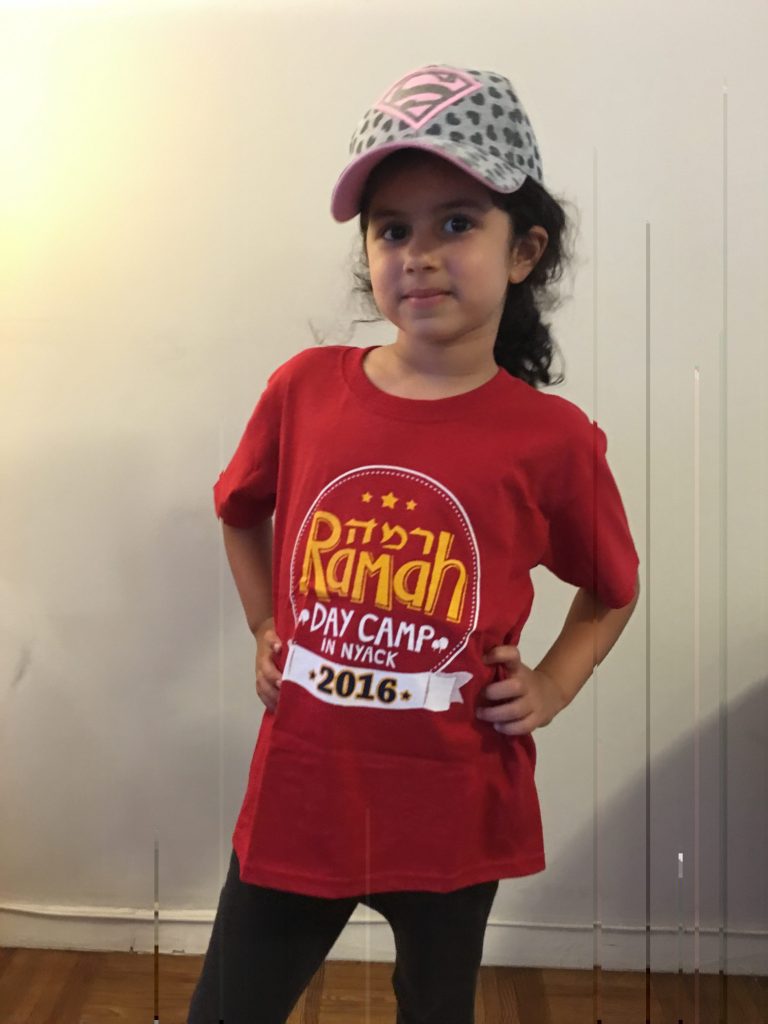 When our older son Omer reached bar mitzvah age and our younger son Itai was nine, we decided to pack up the family and go to one of the Ramah camps in North America. Remembering how much Camp Ramah and the Conservative movement had affected me (to the extent that I decided to go to the Schechter Institute of Jewish Studies in Jerusalem to do my Master’s degree), I wanted Omer to undergo a similar experience at this special time when he was coming of age.

We applied to the Jewish Agency and were sent to Camp Ramah in Canada. When we arrived there, the memories from Wisconsin came back to me and I was very excited. The camp was amazing! It was in a forest on beautiful Skeleton Lake and the setting very much reminded me of Wisconsin. We were greeted warmly and made to feel welcome by camp director Rabbi Mitch Cohen and the rest of the staff. Omer and Itai loved it there. They acclimated and made friends in no time.

That summer was such a success that we continued going to Camp Ramah in Canada every summer. Omer became a junior counselor at 17. However, when he turned 18, he had to go to the Israeli army and we stopped going to camp, not wanting to leave Israel while he was serving. We have, however, remained in touch with many of the friends we made at camp.

I was so excited to hear from Omer that he has registered his daughter Ariel for camp this summer. Nothing makes me happier than knowing that we are now a three-generation Ramah family.