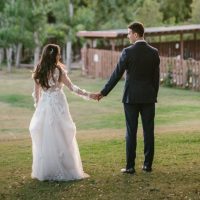 For Talia Spitzer and Zach Sharfman, all roads lead back to Camp Ramah in California. The couple married there on June 10, 2018, a decade after they first started dating in the summer of 2008 as counselors.

Both the Sharfmans and Spitzers have long histories with Ramah. Talia and Zach grew up going to camp in Ojai in the summers. Zach’s parents met there, and Talia’s parents have worked at camp every summer for decades. Her mother Marci teaches bishul (cooking), and her father, Dr. Andrew Spitzer, grew up at Ramah as a camper, counselor, and rosh musica (music director). He has been the camp’s doctor since the summer of 1994 and is also the immediate past president of the Camp Ramah in California board.

It took a while for Zach, 28, and Talia, 27, to take an interest in one another — and not only at camp. The two grew up as neighbors in the Beverlywood area of Los Angeles, literally living around the corner from one another. However, there were no early sparks.

“We weren’t really friendly. Our families were friends and we went to the same shul. But Zach and I went to different schools,” Talia said.

But once the flame was kindled, the couple worked hard to keep it going. Over the years, the physical distances between the couple became greater as Zach attended the Sackler School of Medicine in Tel Aviv while Talia finished her undergraduate degree in New York, and subsequently pursued professional opportunities that took her to Dallas and Los Angeles.

“We started by dating in the summer at camp, taking advantage of the time we had but knowing the summer would come to an end and we go back to our separate lives. After one summer we decided to give long distance a try.. and the rest is history!” Talia said.

During the cold winter days in New York, Talia and Zach hold on to warm memories of the perfectly sunny day in June when they married in the orange grove at Camp Ramah in California. They were surrounded by about 300 guests, around 200 of them associated with Ramah in some way.

The couple used parts of the camp not usually used for weddings. In addition to the huppah in the orange grove, the reception took place on the basketball court.

“It was a huge party. The ruach was insane. There was amazing energy. We danced the longest hora! It was the absolute greatest day!,” Zach said. 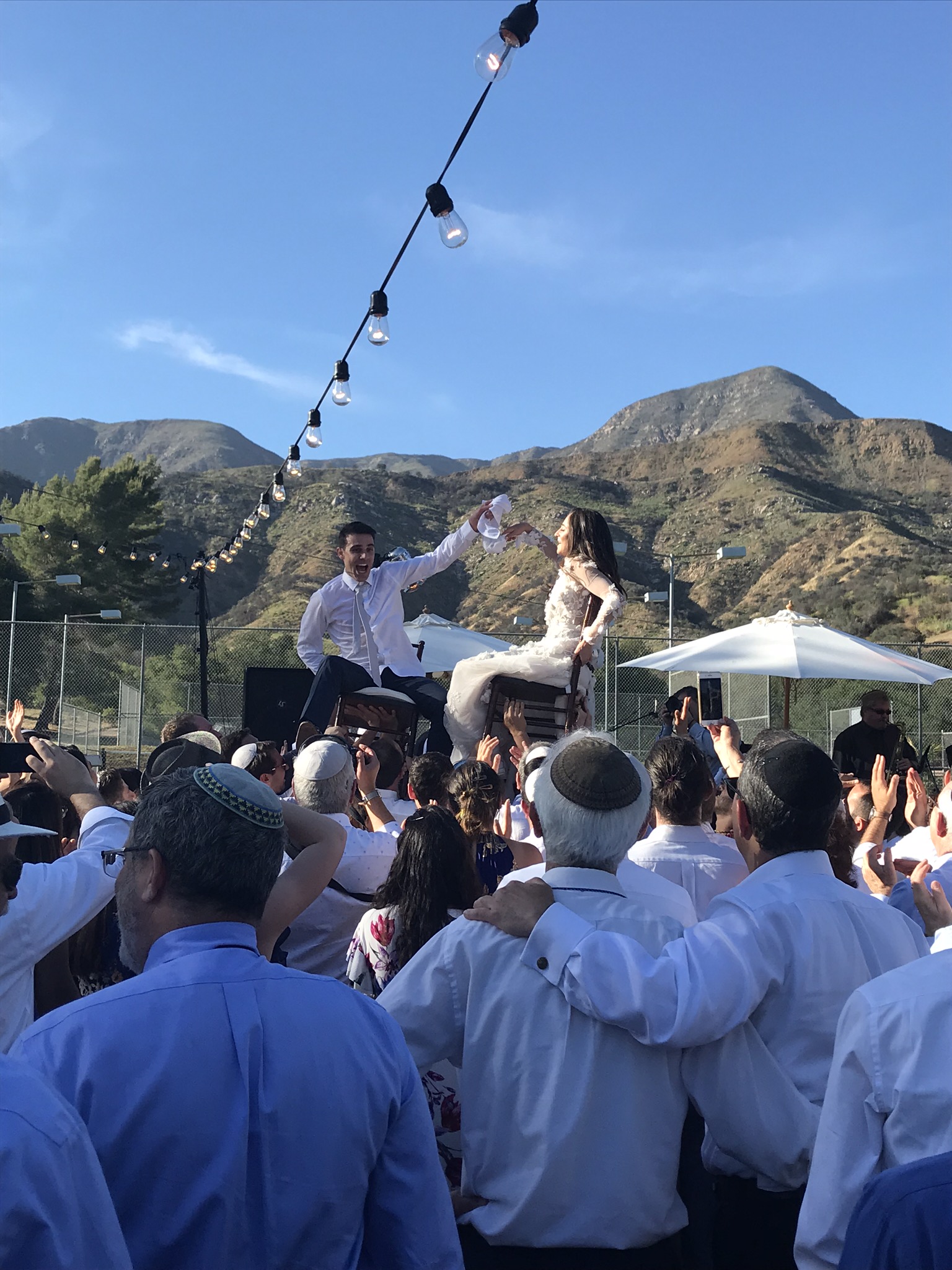