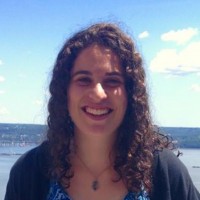 After spending an incredible night under the stars while camping out in the desert, we woke up and headed to Ein Gedi. There we explored the complex history of ancient Israel as we walked around an ancient synagogue covered in mosaics. During the group’s time in the synagogue, we learned about the untold narrative of the town of Ein Gedi and its relation to Masada. 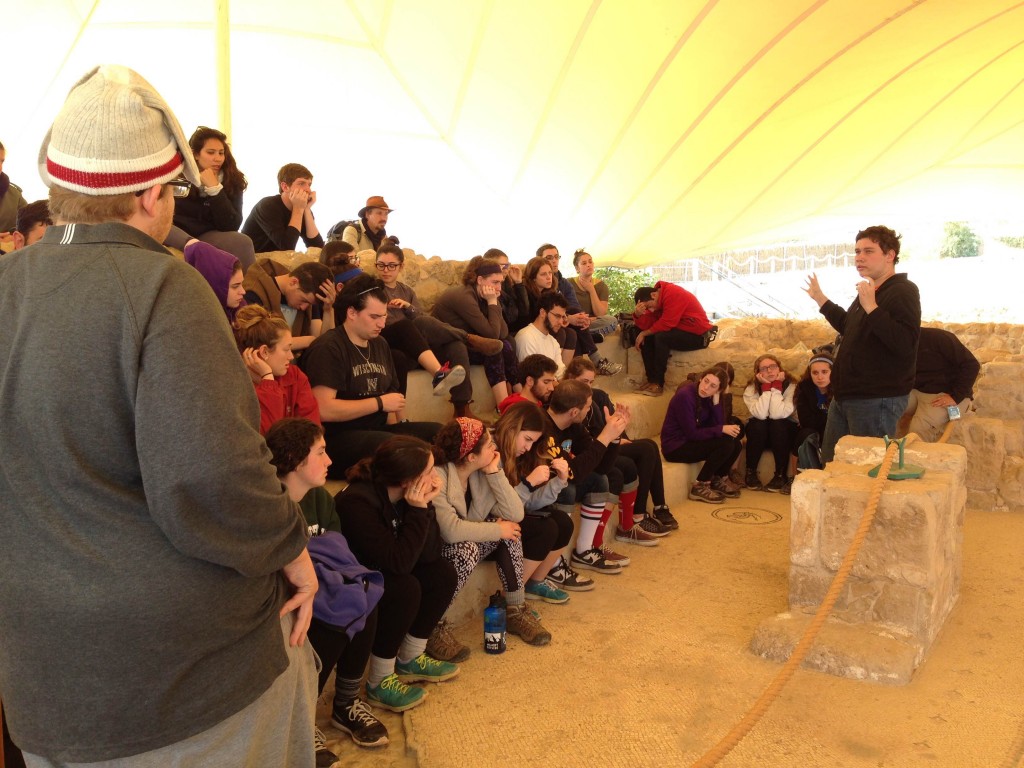 A group discussion at the Ancient Ein Gedi Synagogue

After that we made our way to the lowest point in the world, the Dead Sea. We floated, we tanned, we covered ourselves in mud, and we enjoyed the warmth of the sun after having spent a freezing night in the desert.

Following our time at the Dead Sea, we visited one of our Israeli soldier’s homes in Kfar Adumim. It was so exciting to meet his family and have a hot, delicious, home cooked meal.

Floating on the Dead Sea

With our bellies full, we finally headed to the holiest city of all—Jerusalem. Naama Applbaum, who started her own egalitarian independent minyan in Jerusalem, spoke to us about the struggles of finding one’s way in Israel’s complicated and multi-faceted Jewish world.

What struck me most about our discussion with Naama was how passionate she was about creating a minyan where everyone feels welcome. She made it her goal to create an all-inclusive environment where no one is left out or excluded. This is exactly what we as staff at Ramah, do each and every summer with our campers at our respective camps. We foster an inclusive and welcoming community and ensure that each and every person, whether it be a camper or fellow staff member, feels as though they are a part of the community. Naama’s passion about inclusivity was inspiring and I look forward to drawing from it this summer in my work at Camp Ramah in Nyack.

Sarah Singer grew up in New City, NY and is currently a sophomore at Binghamton University studying cell and molecular biology. She attended Ramah Day Camp in Nyack for eight summers and has been a staff member there for four summers.