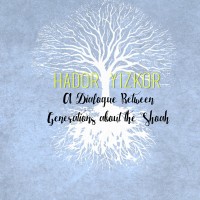 Hador Yizkor is a powerful initiative sponsored by Ramah Day Camp in Nyack and Reshet Ramah, with support from UJA-Federation of New York, to engage young adults in their 20s and 30s with survivors of the Shoah. Over the course of 2015, six sessions will convene, enabling Ramah alumni from all Ramah camps to hear the testimony of survivors and carry their legacy to the next generation. Ramah alumni gather on Thursday, April 16 at Google NY to listen to the incredible story of Survivor Paul Galan.

Our first Hador Yizkor program was held appropriately on Yom Hashoah, April 16. We were hosted by Nyack alumnus Ethan Cohen at the offices of Google in New York City.  Through Google Hangout, alumni outside New York were able to conference in to participate. It was a memorable and inspiring evening, where Ramah alumni stayed well after the presentation to converse with our speaker, Paul Galan, and reflect upon his remarkable courage and commitment to Judaism.

Our second Hador Yizkor gathering was held on April 21 at the home of Rabbi Ashira Konigsburg, Associate Director of Rabbinic Services of the Rabbinical Assembly and a Ramah New England and Darom alumna. Her living room was filled with alumni who heard our survivor, Esther Geizahls, talk about the many turns of luck that enabled her to survive and the trials she endured at each step. Esther was introduced by her step-grandson, Lee Epstein, an alumnus of Ramah Berkshires. Alumni were moved by her speech, her deep gratitude for the life she has lived since the Shoah, and her commitment to Jewish education. Ramah alumni participated in a second event on Tuesday, April 21.