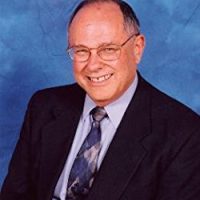 Rabbi Elliot Dorff, is Rector and Anne and Sol Dorff Distinguished Professor of Philosophy at the American Jewish University, Visiting Professor at UCLA School of Law, and Chair of the Conservative Movement’s Committee on Jewish Law and Standards. Author of over 200 articles and 12 books on Jewish thought, law, and ethics, and editor of 14 more books on those topics, his most recent book is For the Love of God and People: A Philosophy of Jewish Law.

The Lord spoke to Moses, saying: Speak to Aaron and say to him, “When you mount the lamps, let the seven lamps give light at the front of the lampstand.” (Numbers 8:1-2)

This sounds like – and probably is – a simple instruction about how the lamps were to be situated on the lampstand in the tabernacle. Rashi, however, notes that the word translated here as “mount,”be’ha’lotkha, the name of our Torah portion this week, literally means “when you raise up.” He points out that you do not know if the light you have lit has taken root unless it reaches up on its own. This, of course, is a common phenomenon, for each time we light Shabbat or other candles we are not sure that the fire has transferred to the new candle until we take away the match or lit candle with which we tried to light the unlit candle and find that it now burns on its own.

This lesson, though, applies to much more than candles. It is quite obviously a metaphor for all forms of education. It is not enough to do a math problem or analyze a problem in history, literature, science, or philosophy in front of a student or show how others have done so; one must watch as the student tries to do a similar act on a new piece of material and help the student until he or she can do similar actions on his or her own. The flame, as Rashi says, must arise on its own, ad she’teheih shalhevet olah mei’a’leh’hah.

If that is true for intellectual tasks or skills, it is all the more true for religious inspiration. The first time that I heard this articulated as an educational philosophy was in the 1970s, when each summer I would spend a day in July and another day in August at Brandeis Camp Institute. Then, as now, that is a program for college and graduate students (“BCIers”) who spend one month in serious Jewish immersion. Dr. Shelomoh Bardin, the Director of the camp who had earned a doctorate at Columbia University’s Teachers’ College, had set a program for the month in which the college and graduate students would get up at 6:15 a.m. for the raising of the American and Israeli flags at 6:30 a.m., after which they would clean their bunks and then do some physical work for an hour before breakfast. After that, the professor of the month would give two, hour-long lectures, one after the other with a brief break in between. After lunch, there was, in addition to some free time, an hour of mandatory Israeli singing and another hour of mandatory Israeli dancing. Four days during each month a rabbi from the Conservative, Orthodox, Reconstructionist, or Reform movements would give the morning lectures instead of the professor, and then that evening the rabbi would have a discussion session with the BCI’ers. I went up as the Conservative rabbi seven or eight times during the 1970s, which I relished not only for the conversations that I had with the BCI’ers but also with the conversations I had about educational philosophy with Shelomoh Bardin during the afternoons that I was there.

It should be clear from the schedule that I just shared that Bardin was not a religious Jew. The BCI’ers did not get up to pray the traditional morning service or anything like it; they got up for flag raising. In fact, his doctoral dissertation was on A.D. Gordon, a secular, labor Zionist thinker, and Bardin was very much in that camp (hence the hour of physical work before breakfast). He did insist that everyone get dressed in white clothes on Friday evening, during which they had what he called “a Shabbat Seder,” a special program for Shabbat. The camp was also kosher so that any Jew could come there. He had a certified French chef as the cook because, he told me, he did not want the participants to spend much of their time and emotional energy complaining about the food, as happened in many other camps, so that they could focus on what he wanted to convey to them.

And what was that? In one of my many discussions with him, I asked him why he required the BCI’ers to sing and dance for an hour each day. His immediate response was “because Judaism is caught, not taught.” It is the emotional fire that transfers from one lit-up Jew to another that really makes a difference. In fact, he told me, the only reason why he had a professor and rabbis giving lectures at all was because that was the currency that college and graduate students knew and respected. Without the intellectual trappings he provided, they would not take his real, emotional message seriously.

I have a Ph.D. in philosophy, so I take the life of the mind really seriously. I am also a rabbi, and that should indicate to all concerned that I take the Jewish tradition really seriously as well, including its rich body of texts of all sorts – biblical, rabbinic, philosophical, legal, historical, literary, and midrashic. What was critical in my own development as a Jew was a series of talks at Camp Ramah when I was fifteen years old in which Rabbi David Mogilner, z”l, the Director of the camp, forced us fifteen-and-sixteen-year-olds to ask why anyone in his or her right mind would believe any Jewish beliefs or do any specifically Jewish actions, like the dietary laws or Shabbat. As a rabbi, he was clearly deeply committed to Judaism, and, as such, in that series of discussions he showed me that Jews do not have to turn off their minds to be seriously Jewish, that, on the contrary, as we learn about Judaism, the Jewish tradition wants us to ask deep questions, including some that challenge the very foundations of the faith. That was really important to me as a budding philosopher, the part that ultimately got me to pray each morning and keep kosher and Shabbat throughout the year. So I would evaluate the intellectual part of Jewish faith – and of Jewish education – more seriously than Bardin did.

That said, I recognize that what got me to those discussions in the first place – what convinced me not to quit my Jewish studies after my Bar Mitzvah, as almost all of my Jewish friends did – was the emotional component of Ramah – the singing, the dancing, the plays, and even the sports in Hebrew. But it was only when I could also integrate my critical faculties into my emotional commitments that I could truly love Judaism, as the Shema asks us to love God, “with all your heart, with all your soul, and with all your might.” Otherwise my commitment to Judaism would be intellectually schizophrenic, applying my usual intellectual requirements for statements that I believe to everything but my religion, undoubtedly because I am afraid to apply them to Judaism. That, though, cannot be what the Shema requires; it cannot capture the entirety of our being. That kind of Jewish commitment is based on blind, emotional faith that is afraid to expose Judaism to serious intellectual inquiry, including questions that ask about the foundational assertions of the faith. As such, it is open to disintegration as soon as the person who holds such a blind faith has the courage to ask some simple, direct questions about it.

The emotional attachment to Judaism may be what first attracts us to it – whether that comes from a person’s home, synagogue, camp, youth group, spouse, or friends. In that Shelomoh Bardin was probably right. But that emotional tie to Judaism cannot stand on a firm foundation unless it is integrated with a deep, wide-ranging, and serious intellectual inquiry as well. So as we teach ourselves, our children, and our students to know and love Judaism, we must learn to transfer the fire that is Judaism to ourselves and others both intellectually and emotionally so that it burns on its own within us, because Judaism is both caught and taught.